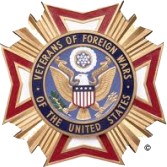 Holliston-
Raymond P. McDonnell Sr., 63, of Holliston, passed away Saturday, August
6, 2011 after a courageous battle with Cancer at the UMass Memorial
Hospital, University Campus in Worcester. Born in Cambridge, he was the son of the late Rita (Murphy) and John McDonnell Sr. He was the husband of Anne Teresa (MacDermott) McDonnell of Holliston.

A retired postal carrier in Wellesley Hills, Raymond was a Vietnam Marine,
serving from June 1966-August 1968, and was a 3 time Purple Heart
Recipient. He was a life member of the Holliston VFW as well as the Eagles
in Port Orange, FL. Raymond was also a member of the following
organizations; Holliston and Ashland American Legions where he served as a
past Commander, Marine Corp League, Franklin Elks, D.A.V. and American
Riders in FL.

Besides his wife, he is survived by his children, Raymond P. McDonnell Jr.
and his wife Denise of Ohio, Theresa A. McDonnell and her husband Richard
McMarrow of Holliston, Derek McDonnell and his wife Kelly of Pennsylvania;
his siblings, John R. McDonnell Jr. of NH, James McDonnell of Littleton,
Marylou Sheehy of Woburn, Katherine Enos of Wilmington, David McDonnell of
Arlington, and Barbara Jean Taber of Hudson. He also leaves behind his
grandchildren, Brittany, Alec, Kelsie, Madison, Drew, his step-grandchildren, Madlyn and Isabella, and his dog Beau.

Visitation will be held on Wednesday, August 10, 2011 from 4-8p.m. at the
Chesmore Funeral Home of Holliston, 854 Washington St. A funeral mass will be celebrated on Thursday, August 11th at 10:30a.m. at St. Mary’s Church of Holliston. Burial with military honors will follow in Lake Grove Cemetery in Holliston. In lieu of flowers, donations may be made to www.woundedwarriorproject.org or to
New England Center for Homeless Veterans, www.nechv.org