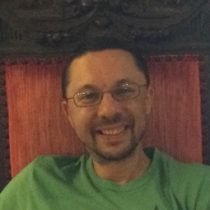 Ray was a graduate of Mass Bay Community College and at the age of 18, bought his own gas station, Framingham Exxon, which was later known as A-1 Gulf. Ray was a cancer survivor and was a very kind-hearted man who was always smiling. He was affectionately called Crazy Ray, and was a great cook. He had a natural instinct with business, and would prefer to do what was right for the community, over monetary value. He was known for the extreme quality of everything he attempted, thus elevating every project to a Ray Build.

Besides his mother and wife, Ray is survived by two sisters, Linda Cook of Leicester and Susan Landadio and her husband Michael of Sterling. He also leaves behind many nieces and nephews. Ray had a special relationship with his nephew, the late Seth Hobson.

Visitation will be held on Tuesday, October 4th from 5-8 p.m. at the Chesmore Funeral Home, 854 Washington St., Holliston. www.ChesmoreFuneralHome.com A funeral service will take place in the funeral home on Wednesday, October 5th at 11:00 a.m. Burial will follow in Lake Grove Cemetery, Holliston. In lieu of flowers, donations may be made to St. Jude Children’s Research Hospital, stjude.org or 501 St Jude Place, Memphis, TN 38105.