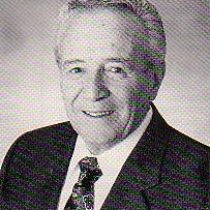 Ralph John Abramo Sr., 71, of Franklin died at his home surrounded on Saturday, September 2, 2006.Born in Atlantic City, NJ he was the son of Louis and Katherine Abramo. He was also the husband of 51 years to Gail Verna (Warker) Abramo of Franklin.

A graduate of Atlantic City High School and a Navy Veteran, he was a resident of Franklin for 8 years and a previous resident of Holliston for 28 years, Mr. Abramo had been coach for Holliston Baseball, Softball and Hockey. A past designer and engineer for several years with Wheaton Plastics of Mays Landing, NJ , He later started his own Business in 1972, R.J. Abramo of Holliston, MA. Mr. Abramo was a 2001 Lifetime Achievement Award Winner from the Society of Plastics Engineers Blow Molding Division. He was also a member of SPI / SPE Plastic Society and other small business groups in Holliston. He was a International business traveler and had devoted his life to his work.

Visitation hours will be held on Wednesday September 6, 2006 from 4:00 to 7:00 at the Chesmore Funeral Home, 854 Washington St. (Rt. 126) Holliston, MA. A funeral service will be held on Thursday at 10:00 am in the First Congregational Church of Holliston, 725 Washington St. Burial will follow in Lake Grove Cemetery of Holliston. Donations may be made to Jimmy Fund – Dana Farber Cancer Institute 44 Binney St., Boston, MA 02115