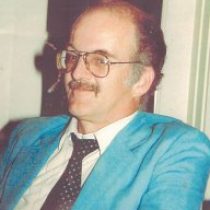 Ralph Adams Cram 2nd, 74, of Hopkinton, passed away Monday, February 8, 2016. Born in Concord, he was the son of the late Ann (Heath) and Ralph Wentworth Cram and was the grandson of Ralph Adams Cram (his namesake), and Elizabeth Strudwick. He was the husband of Sandra (Tremblay) Cram of Hopkinton.

Ralph was an Air Force Veteran who worked as a draftsman in the field of Architecture for his entire career. He enjoyed designing on the computer- cards, photos, posters and anything that offered a creative challenge. He was incredibly organized (totally opposite from his wife). Everything had its place and he saw to it that things went where they belonged. He never put off until tomorrow something that could be done today. He was witty with a dry sense of humor. Ralph loved his wife, his cats, his horses, and his friends at the Senior Center. He always looked forward to, and enjoyed his time spent at the center. He also took pleasure in carpentry, fishing, playing pool, and hunting. He was a ski instructor in Alaska while serving in the Air Force. His parents owned a Ski Lodge in Stowe, VT, where he was on the Ski Patrol.

Besides his wife, he is survived by his sister, Sarah Cram. He is predeceased by a sister, Patricia Cram Gale.

Visitation will be held on Saturday, February 13th from 2-4p.m. at the Chesmore Funeral Home of Hopkinton, 57 Hayden Rowe St. www.ChesmoreFuneralHome.com A funeral home service will follow at 4:30p.m.