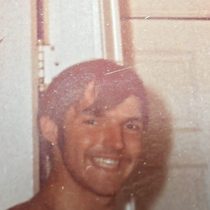 Peter John Markunas, 70, of North Eastham, MA and formerly of Worcester, passed away Sunday, February 2, 2020 at Cape Cod Hospital. Born in Worcester, he was the son of the late Caroline (Zuma) and Francis Markunas. He was the husband of nearly 48 years to Victoria (Chicoine) Markunas of North Eastham.

A 1967 graduate of St. John’s High School in Shrewsbury, Peter went on to attend Worcester Polytechnic Institute, where he graduated with high honors and a Bachelor’s Degree in science and Master’s Degree in mechanical engineering. He served as a 1st Lt. in the Army and was a Veteran of the Vietnam War. Peter worked for the government overseas for almost a decade as an engineer and scientist. He eventually opened up Markunas Environmental Services for 10 years on Cape Cod. Peter traveled throughout Europe and took pride in teaching soldiers how to prepare for war. He was an avid Boston sports fan and in his younger years was quite athletic. Peter was a brilliant man, but very humble. He always made the time for co-workers and friends. You will always be a saint in my eyes, your loving wife, Vickie.

Besides his wife, Peter is survived by his brother, Steven Markunas and his wife, Francine of  Homestead, FL; his sister-in-law, Geraldine Stawicki, 3 nephews and many cousins. Funeral services are being held privately. Arrangements are under the care of the Chesmore Funeral Home of Holliston, www.ChesmoreFuneralHome.com