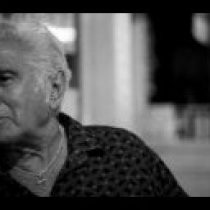 Peter J. Ferrelli, 89, of Holliston, passed away Tuesday, February 2, 2016. He was born in Milford and was the son of the late Ada (Mucci) and Carmine Ferrelli. He was the husband of the late Lois A (Sutton) Ferrelli who passed in 1993. He is also predeceased by a brother, Vincent Ferrelli.

Pete was a local Holliston figure. He was the owner of Pete’s restaurant in downtown Holliston and was named Holliston Citizen of the Year in 2004. He also was the owner of Ferrelli’s Chalet in Milford. He was an active member of the American Legion Baseball Club and a WWII Army Veteran. Pete was a devoted grandfather who spent the majority of his time with his beloved grandchildren.

He is survived by his children Peter J. Ferrelli II of Milford, and Linda A. Claffey and her husband John of Holliston;
his brother Carmine “Butch” Ferrelli of Mendon and as well as his 6 grandchildren, Erica, Peter III, Matthew and Christina
Ferrelli and John and Jeffrey Claffey. He also leaves behind many beloved cousins, nieces and nephews.

Visitation will be held on Saturday, February 6th from 3-6p.m. at the Chesmore Funeral Home of Holliston, 854 Washington St. www.ChesmoreFuneralHome.com A funeral mass will be celebrated on Monday, February 8th at 11:00a.m. at St. Mary’s Church of Holliston. Family and friends are welcome at the funeral home at 10:00a.m. prior to mass. He will be entombed with his wife at Notre Dame Mausoleum in Worcester. In lieu of flowers, donations may be made to Holliston Fire Department, 59 Central St. Holliston, MA 01746