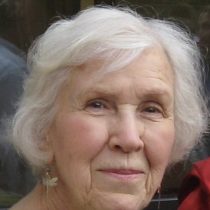 A service of remembrance will be planned soon

Pearl (Bunny) Roissing Rich died January 21,2023 at her home in Framingham, MA. She was born nearly 103 years prior, to Peter and Alice Roissing of Needham, MA. She grew up on the family farm with her brother and six sisters. She married her high school sweetheart, Robert (Bob) Rich in 1942 and they were happily married for 74 years. Bob served in the Army at bases throughout the US, and Bunny traveled with him, working as a dental assistant. They then returned to the Boston suburbs, where they raised their three children.

Following Bob’s death in 2016, Bunny moved in with her daughter Devik and her husband, who cared for her devotedly in her last years. Bunny loved being a mother, and was a mentor, confidante and inspiration to her kids as they were growing up. She cherished her time with her sisters and their families, and her own dear grand and great-grandchildren. She loved the outdoors, whether it was skiing, beaching, hiking or working in the yard. She was an avid birder, opera buff, traditional jazz fan, and talented crafter. She was a longstanding member of the First Parish Unitarian Universalist church in Sherborn, where she was a loyal volunteer. She also volunteered through several local service agencies.

Bunny was predeceased by her brother, Norman Roissing, sisters Bertha Harris, Ruth Compton, Helene Gerardo, Grace MacMillan, Terry Macbeth and Lorna Gilmore and their spouses. She will be dearly missed by her children including her daughter, Devik Wyman and her husband, Tim Brainerd of Framingham; son Robert Rich Jr. and his wife, Deborah of Chapel Hill, NC, and daughter Diane Rich and her husband Alex Rose of Wellesley MA. She leaves her beloved grandchildren, Sasha Rose, Kristal Bonner, Jay Hemmings, Evan Rose, Kate Rich and their families, including six great-grandchildren. She also leaves many dear nieces and nephews. Plans for a service of remembrance are in progress at this time and arrangements are under the care of the Chesmore Funeral Home of Holliston.