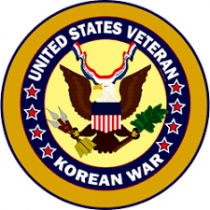 Paul J. Dennison, 84, a longtime Holliston resident, passed away peacefully on Thursday, August 24th, 2017, at the MetroWest Medical Center in Framingham. He was the beloved husband of 55 years to Jane (Dolan) Dennison.

Paul was known as “Bumpa” to everyone he knew and who loved him. A man of strong faith and a devout Catholic, he went home to be with the Lord and all the Saints in Heaven. In his final days and hours, he was surrounded by loved ones in a celebration of his life.

Born and raised in Newton, he was a son of the late Stanford W. and Anna (Hurley) Dennison. Paul was a graduate of Newton High School and attended the Massachusetts College of Arts, as well as Wentworth Institute of Technology for Construction Technology. Paul proudly served his country as an Airman First Class in the United States Air Force during the Korean Conflict.

Mr. Dennison was employed by Perini Corporation as an Estimator and Engineer for 22 years and then Hass Construction Corporation as a Project Manager before retiring. After retiring, he served on the Zoning Board of Appeals for the town of Bellingham.

Paul enjoyed gardening, volunteering, and staying civically engaged. Most importantly, he had a strong bond for his family, especially his grandchildren, which could not be broken.

In addition to his wife, he is survived by his four children, Kevin P. Dennsion and his wife, Deborah, of Holliston, James M. Dennison and his wife, Meredith, of Marlborough, Mary Ellen Valhos and her husband, George, of Dover, NH, and John F. Dennison and his fiancée, Wendy Fullam, of Marlborough; nine grandchildren, Derek Dennison, Ashley Thompson, Adam Dennison, Danielle Dennison, Ryan Dennison, Emily Valhos, Alex Valhos, Matthew Dennison, and Zachary Dennison; his sister, Mary Higginbottom and her husband, Ron, of Franklin; and Robert Mendizabal and his wife, Nancy, of Chepachet, RI, who Paul considered one of his sons.

He is predeceased by his brothers, Robert and Walter Dennison.

His funeral Mass will be held on Monday, August 28th, in St. Mary’s Church of Holliston at 10:30 A.M. Burial with military honors will follow in the parish cemetery.

Visitation will be held on Sunday, August 27th, from 3:00 to 6:00 P.M. in the Chesmore Funeral Home of Holliston, 854 Washington St. www.ChesmoreFuneralHome.com.

In lieu of flowers, donations in his memory may be made to St. Mary’s Church, 8 Church St. Holliston, MA 01746.