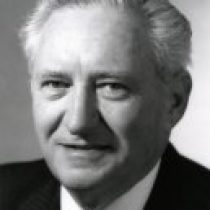 Paul H. Coyne, formerly of Hopkinton, MA passed away on January 9, 2013 in Bonita Springs, Florida. He was predeceased by his parents Agnes and Anthony Coyne of Dorchester, MA and his son Edward Paul Coyne, his sister Margaret O’Brien, his brothers Joseph and Leo Coyne and his stepdaughter Pamela Casler Curley of Holliston, MA.

Paul was born in Dorchester, MA, on April 19, 1928, graduated HS Commerce in 1945 and was awarded a BS from Boston University in 1957. He served in the US Army during World War II and in the Korean Conflict 1950/51. His professional career covered 15 years as Director of Administration at Ewen Knight Corp., Natick, MA followed by twenty years of Federal Service with US Dept of Transportation, Cambridge, MA and Department of the Army, retiring in 1990 as Deputy Director of Acquisition at the Army Research, Development and Engineering Center, Natick, MA. Among numerous awards he received was the prestigious Army Meritorious Civilian Service Medal. Paul was a life member of the DAV, the VFW, Post 4254, Bonita Springs, FL and was an AARP Tax-Aide in Bonita Springs since 1994.