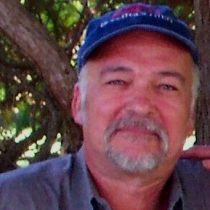 Patrick White Whalen, 58, of Hopkinton, passed away, Wednesday, April 25, 2012 at the
Kindred Healthcare Center in Westborough after a battle with Frontotemporal Degeneration (FTD). Born in Dover, NH., he was the son of the late Arlene (White) and Richard B. Whalen.

Patrick will be sadly missed by his wife Kathleen S. (Sheehan) Whalen of Hopkinton, his sisters, Sharon DeChiara and her husband Michael of Gloucester, Rebecca DeSantis of Fitchburg; his nieces and nephews, Lindsay and Philip Mills, and Anthony and Angela Paulini; his mother- in-law, Dorothy M. Sheehan, and sister-in-law, Lisa S. Paulini

Raised in Danvers, Patrick enjoyed sports, especially the Red Sox, Bruins and Patriots. He loved fishing and as a child he lobstered with his grandfather, Raleigh Whalen, when he visited Steuben, ME in the summer. Subsequently, he had his own lobster traps that he hauled by hand when he was 12 years old.

The Boston Globe wrote a piece about his lobstering and the article caught the attention of the TV show “To Tell the Truth”. Patrick was invited to NYC to be on the program. He was one of the youngest contestants to ever appear on the show. Patrick enjoyed hunting, gardening and cooking. He also loved his dogs.

Patrick was employed by the B&M railroad as well as various other jobs during his life.

At Pat’s request, there will be no visitation. A celebration of his life
will be held at a later date. Donations in his memory may be made to,
Franciscan Mission Services, PO Box 29034 Washington, DC 20017, the Henry D. Moore Library, P.O Box 127 Steuben, ME 04680 or the Association for Frontotemporal Degeneration at www.theaftd.org. Arrangements are under
the care of the Chesmore Funeral Home of Hopkinton.