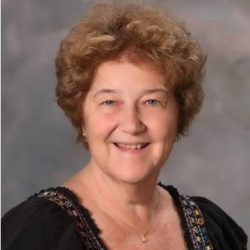 Patricia J. Duffey, 68, of Holliston, died on Sunday, January 12, 2020. Pat was raised in Newton, the daughter of the late James A. Duffey and Dorothy (Gannon) Duffey. She is survived by her mother, and her siblings: Maureen Giles and her husband, Kenneth of Medway; J. Michael Duffey and his wife, Kerin of Davis, CA; and Jacqueline Anderson and her husband, Philip of Alton Bay, NH. She is also survived by her nieces and nephews: Janet (Brett) Rogenski; Pamela (Marco) Terra; James (Katie) Giles; Gregory (Lucy) Anderson; Timothy (Amanda) Anderson and Heidi Anderson; nine great-nieces and nephews, dear cousins Susan and Rick Brown, and devoted friends, Lucia and Romulo Oliveira.

Pat began her nursing career at Johns Hopkins Hospital in MD; she then moved to Boston and worked at University Hospital (now Boston Medical Center) and Peter Bent Brigham Hospital (now Brigham and Women’s Hospital) before taking a hiatus from nursing to sell Tupperware, where she earned several trips and a car! She then finished her nursing career as a visiting nurse. Pat was a very active volunteer with many organizations in Holliston including the Lions, the Holliston Historical Society and Holliston in Bloom. People who volunteered with her knew if something needed to be done, Pat was the person to ask.

A memorial service will be held on Saturday, January 25th at 10:30 a.m. at St. Michael’s Episcopal Church 1162 Highland St. Holliston. Interment will be held privately at a later date. In lieu of flowers, donations may be made to Holliston Lion’s Club, PO Box 6112, Holliston, MA 01746. Arrangements are under the care of the Chesmore Funeral Home of Holliston.