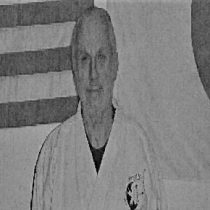 Funeral services are being held privately

Noel Wilson Layman Sr., 86, of Holliston,  passed away Monday, August 5th 2019. Born in Hartford, Connecticut, he was the son of the late Irving and Laura Isabella Layman.  He was the husband of 52 years to the late Mary Louise (Walker) Layman.

Noel served his country in the Army and led a very adventure filled life with his wife and family.  He was a sailor, small airplane pilot, enjoyed scuba diving, skydiving and drag racing with his wife. Noel worked as a physicist which led him to travel the world, which he would also do for pleasure.  He was an avid martial artist particularly Judo, having earned a Lifetime Achievement award in Judo from the World Martial Arts Federation, and took pleasure in teaching it as well.

Noel is survived by three sons, Noel, Niels, and Lael Layman all of Holliston;  grandchildren, Nicole Moberg of Blackstone and the late Nicolas Layman and his wife, Deandrea of Phoenix, Arizona.  He also leaves behind four great-Grandchildren; his sister-in-law, Eleanor Layman of Maryland and her late husband, Major Roger Layman and their two daughters.

Funeral services are being held privately and are under the care of the Chesmore Funeral Home of Holliston.  In lieu of flowers, donations may be made to American Cancer Society donate3.cancer.org or 3 Speen St, Framingham, MA 01701