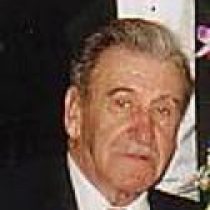 Miner Wesley Shepard, “Shep”, 83, of Hopkinton, died Saturday, January 12, 2008 at his home in Douglas. Shep passed peacefully, surrounded by his family, with the same quiet confidence with which he met every new adventure. He was predeceased by his wife, Rosemary (Lavin), to whom he was married 56 years. Born March 8, 1924 he was raised in Framingham, the son of the late Roy and Edith (Wood) Shepard.

A Navy veteran of WWII, he served his country proudly as a pharmacist mate, second class, aboard the battleship, USS Washington, in both the Atlantic and Pacific theatres. In 1944, Shep married his sweetheart, Rosemary and together raised their family. A well respected, self-employed carpenter, he worked tirelesly to support his family. He built the family homes in Ashland and later, on Lake Whitehall in Woodville. Shep was an avid outdoor sports fan and enjoyed particularly, hunting, fishing, boating and snowmobiling. A member of the Woodville Rod & Gun Club for fifty-two years, seventeen of which he served as Vice-President. He built a hunting camp in the mountains of New Hampshire and later, a cottage along the shore of Thompson Lake in Maine where he drew great pleasure vacationing with his family. He loved playing cards, telling stories and is fondly remembered for his quick smile, youthful heart and optimistic outlook on life.

He is survived by his son, Michael and his wife Karen, of Woodville, his daughter Bonnie and her husband Gary, of Douglas and son, Robert, and his wife Bette, of Uxbridge; nine grandchildren, Matthew, Brennan, Katie, Devlyn, Robert, Zachary, Sarah, Christopher and Erin; six great-grandchildren, Christopher, Bailey-Rose, Olivia, Aidan, Jake and Zoe; his sister Sylvia Dill, of Medway and brother Howard, of Framingham and his faithful companion, “Brady”.

Visitation hours will be held on Wednesday, January 16, 2008 from 4-7p.m. at the Chesmore Funeral Home, 57 Hayden Rowe St. Hopkinton, MA. www.ChesmoreFuneralHome.com. A funeral service with militay honors will be held on Thursday, January 17, at 11:00a.m. at the Woodville Baptist Church on RT. 135 in Woodville. Donations in his memory may be made to Huntington’s Disease Society of America, 1253 Worcester Rd. Framingham, MA. 01701