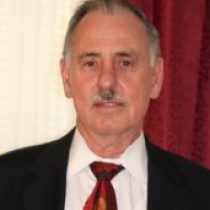 Michael Paul Healy, age 72, of Holliston, died suddenly on March 6th, 2016. In his life he embraced family, the law, his faith and a passion for cycling, education, scouting, and sailing.

Mike lived and practiced law in Holliston, Massachusetts for 44 years. Mike was a graduate of Michigan Tech, Suffolk Law and Andover Newton. Mike had a several careers beginning as an electrical engineer for Raytheon, a law practice in Holliston and studying to be a Unitarian Universalist minister. Mike was a lifelong supporter of the Boy Scouts of America. He was an eagle scout himself and then served on numerous local, regional and national scouting boards. Mike was an avid cyclist completing over 12 rides with the Harbor to Bay including his last ride in September of 2015. He was a man of high standards, professionalism and integrity. He will be dearly missed by many who knew him.