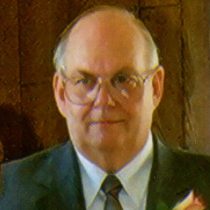 Michael M. Sabin, 76, of Holliston, passed away Thursday, January 2, 2020. Born in San Diego, California, he was the son of the late Elsie R. MacLeod and Donald S. Sabin. He was the husband of 57 years to Earlene (MacKay) Sabin.

Michael was a graduate of Holliston High School, where he met Earlene. He served in the Air Force from 1960-64 and served in Guam. He enjoyed history, collecting stamps, and square dancing with his wife.

Besides his wife, Michael is survived by three children, Michael Sabin of Marlborough, Mark Sabin of Northbridge and Heather Taranto and her husband, Anthony of Waltham. He also leaves behind his mother-in-law, Kathy MacKay of Holliston and two grandchildren, Nicole Taranto and Kevin Sabin.

Services will be held privately with family and are under the care of the Chesmore Funeral Home of Holliston, www.ChesmoreFuneralHome.com In lieu of flowers, donations may be made to American Diabetes Assoc. Diabetes.org