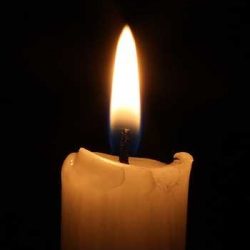 Maxwell Howard Prince, 95, of Everett died Friday, April 4, 2003 At Eastpointe Rehabilitation and Nursing Center in Chelsea. Born in Canada he was the son of the late William T. and Sarah Prince. He was also the husband of the late Elsie (Rowe) Prince who died in 1994.
A Raytheon Emploee you worked on the Apollo Project He retired in 1973. He was also a member of Vestery at Grace Episopal Church in Everett and was member of the National Guard.
He is survived by 1 daughter Jean McCann and her husband Jim of Blackstone, MA, a sister Gladys Yetman of Canada, 9 Grandchildren; Kathy Garvey, Kevin Medeiros, Karolyn Fratus, Donald, Clifton, Deborah, Mark, AnnMarie, and Philip Prince, 13 Great grandchildren, and 1 Great Great grandchild, a niece June Fifield and several other nieces and nephews in Canada. He is predeceased by a son Donald Prince who died in 1986. Funeral Services are Private and under the direction of the Chesmore Funeral Home of Holliston