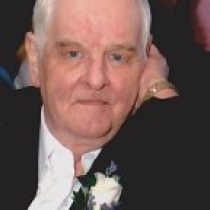 Maurice Ralph Boody Sr., 80, of Garner, North Carolina and formerly of Woodville, MA passed away March 7, 2015. Born in Portland, ME, he was the son of the late Annie Mae (Gregor) and Ralph Boody. He was the husband of the late June (Gilliam) Boody who passed away in 1998.

On May 16, 1951, Maurice started working at Sealtest Ice Cream in Portland, Maine and retired from the Sealtest plant in Framingham in 1996. Maurice enjoyed spending time in New Hampshire with his wife in the North Conway area. After she passed, he went on the road driving big rigs with his brother. He traveled the country with his brother and they planned a trip together to Alaska, but sadly his brother passed before they could take that trip. He enjoyed fishing off the pier in North Carolina, where he had lived for the past 10 years with his daughter, Joy. He loved his family and especially enjoyed his grandchildren and great-grandchildren. He also took pleasure in playing the guitar with his brothers-in-law.

He is survived by his four children, Maurice “Bumpy” Boody Jr. and his wife Cindy of Maine, Joy Robbins and her partner Corky McLendon of NC, Terry Lou Murphy and her husband Jim of Framingham and Penny Stevens and her husband Tom of Hopkinton; 15 grandchildren and 29 great-grandchildren and 1 great-great-grandchild. He also leaves behind other relatives and several nieces and nephews. He is predeceased by his brother, James Boody of Maine.

Visitation will be held on Monday, March 16th from 4-7p.m. at the Chesmore Funeral Home of Hopkinton, 57 Hayden Rowe St. www.ChesmoreFuneralHome.com A funeral service will take place at 11:00a.m. on Tuesday at the funeral home. Private burial will be held later in the Spring. Flowers will gratefully be accepted or donations may be made to Kidney Foundation, 85 Astor Ave. Suite Norwood, MA 02062