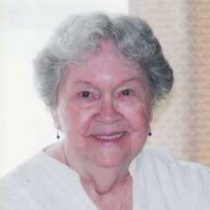 Marjorie was a 1941 graduate of Framingham High School, where she was secretary of the class. In 1942, she entered the U.S. Navy and served her Country during WWII.  Marjorie was a member of the American Legion in Ashland and a life member of St. John’s Church in Hopkinton. She was employed as an Accounts Payable Clerk for Waters Associates in Milford for many years. Marjorie always had a positive attitude. She enjoyed baking, watching cooking shows on television, making crosses, doing a variety of arts and crafts, taking care of her plants, and visiting and helping people in any way she could.

A graveside service will be held on Saturday, September 8th at 11:00 a.m. at Evergreen Cemetery in Hopkinton. Arrangements are under the care of the Chesmore Funeral Home of Hopkinton, www.ChesmoreFuneralHome.com