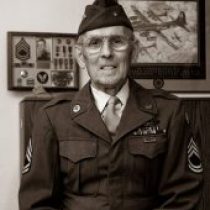 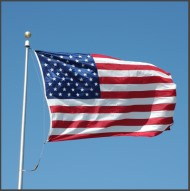 Louis was born on July 30, 1924, in Wellesley, MA and graduated from Wellesley High School in 1942. He volunteered for the Army Air Corps on his 18 birthday. He served, during WWII as a radio operator on a B-17, flying out of Thorpe Abbots, England, flying thirty combat missions before being shot down, over Germany. He was a POW, until being liberated in 1945. Among his awards were: two Purple Hearts, an Air Medal and a Distinguished Flying Cross.

After the War, Louis raised his family in Wellesley and purchased Fiske’s General store in Holliston, in 1973. He moved to Holliston in 1977. He was selected the Holliston Citizen of the Year in 1995. Louis loved gardening and spending time with his family. He loved to serenade his wife and family with classic tunes on the organ. He was a devoted Red Sox, Patriots, Celtics and Bruins fan.

Visitation will be held on Thursday, May 7th from 4-8 PM at the Chesmore Funeral Home of Holliston, 854 Washington St (Rt. 16) www.chesmorefuneralhome.com. A funeral mass will take place on Friday, May 8th, at 10:30 AM at St Mary’s Church, 708 Washington St. Holliston. A reception will be held, in the church hall, immediately after the ceremony. Louis will be buried at Woodlawn Cemetery in Wellesley. The family would like to thank MetroWest HomeCare and Hospice for the excellent care and support they gave us through this difficult time. In lieu of flowers, please make donations to the American Cancer Society, 30 Speen St, Framingham, MA 01701, or the Holliston American Legion, c/o Bobby Blair, 57 School St, Holliston, MA 01746 or MetroWest HomeCare and Hospice, 200 Nickerson Rd. Marlborough, MA 01752