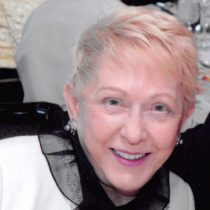 Liselotte Ward, 89, of Holliston, passed away at Brigham & Women’s Hospital in Boston on Thursday, November 14, 2019. Born in Germany, she was the daughter of the late Mari (Klendauer) and Simon Niebler. She was the wife of the late James Michael Ward.

Liselotte is survived by two children, Lisa Sellers and her husband, Daniel of Holliston, and Thomas Cordell and his wife, Kathy of Blackstone. She also leaves behind a brother, Arthur Niebler; 5 grandchildren, Tom Jr., Elizabeth, Jason, Brendan and Leah, as well as 5 great-grandchildren.

Liselotte led a very interesting life. She was born into a family of entrepreneurs in Bad Abbach, Germany. Her mother was a Chef and her father owned a bus company. She met her first husband, Cecil Cordell when the US Army captured the little town of Bad Abbach. In 1947, she married Cecil and moved to the United States, first in Virginia, and then other states before finally settling in Massachusetts. From then on, she proved to have tremendous drive to succeed. She had the perseverance of a Lion and grew a company that she started with Cecil in 1967.  Liselotte tirelessly grew the company to a multimillion dollar success and is credited for helping Natick Labs develop the now used hardware on all military boots. Her business was her heart and soul. She had an appreciation for beautiful things and surrounded herself with art. She had great intuition and would not back down from a challenge. She lived her life her way and also took pleasure taking many cruises with her husband, Jim.

A private burial will be held at Notre Dame Cemetery in Worcester. In lieu of flowers donations may be made to fisherhouseboston.org or Fisher House of Boston, PO Box 230, S. Walpole, MA 02071 or to Military Friends Foundation 6 beacon St. Ste 200, Boston, MA 02108 Arrangements are under the care of the Chesmore Funeral Home of Holliston, www.ChesmoreFuneralHome.com