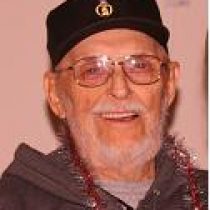 HOPEDALE – Larry H. Lorenzen, 90, of Hopedale, formerly of Indiana and Milford, died Monday, Jan. 7, 2008, at Milford Regional Medical Center.
He was the husband of Dorothy Ruth Nelson, who died in 1976.
Born in Illinois, he was the son of the late Henry and Linda (Dierson) Lorenzen.
A resident of Milford since 1995, he was a decorated World War II veteran, serving from July 1942 to August 1945 on active duty in North Africa and Italy, and was awarded the Purple Heart as well as numerous battle and invasion ribbons, such as the Silver Star and the Bronze Star. He was honorably discharged Aug. 31, 1945.
A 1950 graduate of the University of Wisconsin with a bachelor’s degree, he worked primarily at Indiana Forge and Machine and as the president and owner of North American Industries Inc.
He lived mostly in Crete, Ill., where he was a member of Trinity Lutheran Church. He was a current member of Christ the King Lutheran Church in Holliston.
He leaves a son, Kurt Lorenzen and his wife, Barbara, of Holliston; a daughter, Sharon Bennett and her husband, Graham, of Littleton, Colo.; and his grandchildren, Kendra and Evan Bennett, and Christian Larry and Kylie Lorenzen.
He was the brother of the late Walter Lorenzen and Ruth Effland.
A funeral service will be held Thursday, Jan. 10, at 11 a.m., at Christ the King Lutheran Church, Holliston.
Burial and other services will take place in Stoughton, Wisconsin.
Visitation will take place Thursday, Jan. 10, from 10 to 11 a.m., at the church.
Memorial donations may be made to Christ the King Lutheran Church, 600 Central St., Holliston, MA 01746.
Funeral services are from Chesmore Funeral Home of Holliston (www.ChesmoreFuneralHome.com).