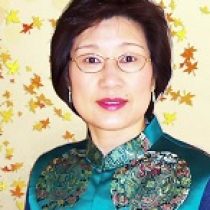 Lanchai (Lannie) He, was born on Oct. 14, 1954 in Hebei province of China and died on Dec. 15, 2010 after a long battle against lung cancer. She was a member of the graduating class of 1979 of Beijing Foreign Languages Institute. Between 1979 and 1990, she worked in the Foreign Affairs Office of the Ministry of Commerce in China. She came to the US in 1990 and was a graduate of Johnson and Wales University’s MBA program of 1992. She became a US citizen in 2002 and was baptized at the Chinese Gospel Church in Southborough, MA in 2007. Her first job in the US was in the Import Department of TJX Company in Natick, MA. She also worked at the W. A. Wilde Company of Holliston, MA, in the IT dept. of Franklin Olin College in Needham, MA and Framingham State College, MA. She was survived by her husband Jon and her son Jay.

Visitation will be held on Sunday, December 19, 2010 from 2-3pm at the Chinese Gospel Church in Southborough,MA. A 3:00p.m. service will follow in the church.