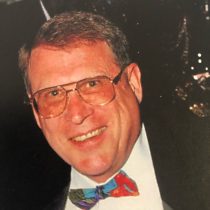 Kenneth W. Dorman, 83, of Holliston and formerly of Barnstable, passed away on Friday, October 21, 2022. Born in New Haven, CT he was the son of the late Mary (Winkler) and Kenneth L. Dorman. He was the husband of 36 years to Kathleen Raftery of Holliston.

A native of Connecticut, Ken served as a Navy Reservist before joining the United States Coast Guard, where he served proudly and honorably. After his time with the Coast Guard, he served in the Coast Guard Auxiliary, flotilla 11-8 and volunteered at the Canal Station Cape Cod. He was a member of the American Legion at both Cape Cod and Holliston. Ken worked as a computer analyst for the federal government. He took pleasure in gardening, photography, swimming and boating. He was a Juried Master Artist, Cape Cod Art Center. He was also a Dive Master and enjoyed his time in the water. He was also a licensed Boat Captain.

Besides his wife, Ken is survived by his daughter, Kelly Jones of CT and his siblings, Frank Dorman of WA and Ginnie Albraccio and her husband Sal of CT. He also leaves behind three grandchildren, Ashley, Mackenzie, and John Jr.

Funeral services are being held privately with burial in Bourne National Cemetery. Arrangements are under the care of Chesmore Funeral Home of Holliston. In lieu of flowers, donations may be made to Coast Guard Museum of Cape Cod of 3353 (Route 6A) Barnstable, MA 02630.