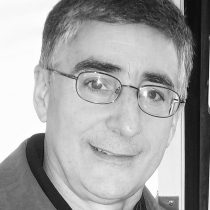 Kenneth Robert Pereira, 62, of Wareham passed away peacefully and comfortably surrounded by his loving family on Sunday, August 7, 2016. He was born in Framingham. He was the son of the late Celestina (Antonioli) and Alvaro Pereira. He was also pre-deceased by his brother Daniel Pereira of Holliston.

He was the beloved husband, father, and best friends of his wife, Catherine (Maguire) and son, Jack Pereira. Ken and Cathy were married for 39 years. He is also survived by his loving and cherished family, brother Ronald and his wife Susan Pereira, of Ashland, sister Diane Pereira, and sister-in-law Patricia Pereira, both of Holliston. Additionally, he is survived by his in-laws, Charles and Jean Maguire of Holliston, the entire Maguire family, his nieces and nephews, great nephews, great niece, and many friends.

Ken loved all the Boston sports teams, in particular the New England Patriots. He had been a Patriots season ticket holder for many years and was a huge Celtics fan as well. He played slow-pitch softball for many years in Framingham, Natick, Carver, and Buzzard’s Bay, as well as in numerous basketball leagues. He also enjoyed cooking, good wine, and travel. He was a graduate of Framingham South High School, as well as Framingham State College. Ken worked for Milton-CAT for more than 28 years, initially in Milford and primarily in Wareham.

Visitation will be held on Wednesday, August 10th from 4-7 P.M. at the Chesmore Funeral Home of Holliston, 854 Washington St. (Rt. 16) www.ChesmoreFuneralHome.com A funeral mass will be celebrated on Thursday, August 11th at 11:00a.m. at St. Mary’s Church of Holliston. In lieu of flowers, donations may be made to Homes for Our Troops, 6 Main St, Taunton, MA 02780.