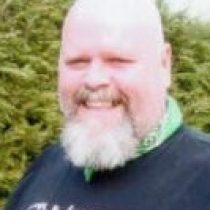 Shrewsbury and formerly Holliston-
Joseph “Squeek” Milan, 56, of Shrewsbury, died unexpectedly in a car accident on Friday, February 8, 2013. Born in Worcester, he was the son of the late Mary (Flanagan) and Joseph F. Milan. He was the husband of Debra (McCarthy) Milan of Shrewsbury.

Squeek was a town meeting member of Shrewsbury and Framingham, and was a friend of Bill W. for 28 years; and was instrumental in helping to heal, guide and counsel many others. He enjoyed his motorcycle as well as his music and the New England Patriots. Squeek was also known as the Mayor of Holliston and was a member of the Holliston VFW and American Legion. He was also active with The Ashland Fish and Game, where he was a board member and the past president.

Visitation will be held on Friday, February 15, 2013 from 4-8pm at the Chesmore Funeral Home of Holliston, 854 Washington St. www.ChesmoreFuneralHome.com A celebration of life will take place on Saturday, February 16th from 10am-1pm at the Eagles Club, 55 Park St. Framingham. Burial will be private. In lieu of flowers, donations may be made to the charity of one’s choice; especially those charities associated with Veterans.