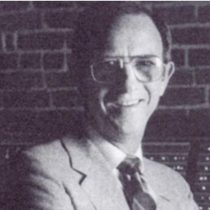 Joseph F. Cashen, 87, of Shrewsbury and formerly of Sherborn, MA passed away peacefully at his home on Saturday, September 17, 2022 surrounded by his family. Born in Jenkintown, PA he was the son of the late Joseph and Louise Cashen. He was the beloved husband of Patricia R. Cashen for the past 60 years.

Joseph (Joe) had an unparalleled work ethic having worked since the age of 8 years as a paper  delivery and bowling pin boy. He graduated from St. Joseph’s Prep (PA) before earning his Bachelor’s of Science in Electrical Engineering at Drexel University (PA) followed by his Master’s of Science in Electrical Engineering at the University of Pennsylvania; he completed all but his Thesis at UPenn toward his PhD. He began his distinguished career working at RCA and Honeywell early on, and became one of the founding members of PR1ME Computer in 1972, where he worked for 20 years. He then retired at the early age of 58 and relaxed by engaging in some of his personal interests. Throughout his first retirement, he remained involved in the computer industry, serving as the Executive Director of The Computer Museum in Boston (MA), and served as a Board Member of both Clark & Reid and Upland Game.  Joe, always the workaholic, eager to get back into the engineering world, fully re-entered the workforce for several more years having held positions at Acorn Computer, Nortel Networks, Bay Networks, and Juniper Networks. He ultimately retired at the age of 81.

Joe always sought to balance personal and professional life. Early on, Joe and Pat traveled the world, but found New England day trips most enjoyable in their later years. Outside of work, Joe was passionate about pheasant and sea duck hunting with his son Joe Jr. and his three Gordon Setters (Duncan, Sully & Beaumont). To family, he is remembered for falling asleep in his designated chair at any time of day, for his “thank you everybody” phrases at every family event, for telling his 5 daughters and 2 granddaughters they are the “prettiest girl in the whole wide world” and for loving his wife and his dogs fervently. His three grandsons inherited his love of math, engineering, and creativity.

A funeral Mass will be celebrated at 11:00 a.m. on Friday, September 30th, his 88th birthday, at St. Mary’s Church in Holliston. Interment will follow in Pine Hill Cemetery in Sherborn. In lieu of flowers, donations can be made in his memory to: the ASPCA or Salmon Hospice, who could not have been more supportive. Arrangements are under the care of the Chesmore Funeral Home of Holliston.

To love and be loved by Joe was truly a gift. Until we meet again, know you are loved and watch over all of us.