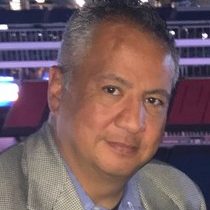 Joseph A. Velazquez, 53, of Hopkinton, passed away Wednesday, January 3, 2018. Born in Deer Park, New York, he was the son of Angela (Leon) Velazquez of Hopkinton, and the late Florencio Velazquez.

A Hopkinton resident for the past 23 years, Joseph was an electrical and software engineer. He had attended MIT and graduated from Northeastern University. He worked at Interboro where he started his career developing software for time and attendance. He later worked at Simplex and Kronos. He had a dream of owning a company, which he accomplished with Business Analytics. For those who were lucky enough to have known him, there was nothing he couldn’t fix, especially cars and electronics. The information stored in his mind was endless and he loved learning. His two greatest joys were his daughters, but he also jumped at the opportunity to help anyone.

Besides his mother, he is survived by his two daughters, Sydney E. Velazquez and Taylor R. Velazquez both of Hopkinton; his sister, Marjorie Reiman and her husband Mark of Michigan, his former wife, Wendy Cirillo of Hopkinton, as well as many aunts, uncles, cousins and his Friends of Bill W.

There will be no visitation. A funeral mass will be celebrated on Saturday, January 13th at 10:00 a.m. at St. Matthew’s Church, 105 Southville Rd. Southborough. In lieu of flowers, donations in his memory may be made to Spaulding Rehab, 1575 Cambridge St. Cambridge, MA  02138 or spaulding.org. Arrangements are under the care of the Chesmore Funeral Home of Hopkinton, www.ChesmoreFuneralHome.com