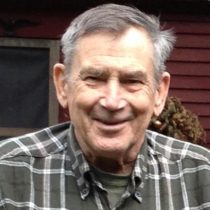 John Stanislaw Aroian, known as Jack to his many friends and relatives, passed away on Sunday, March 22, 2020 at the age of 75. Born in Virginia at the end of WWII, he was the son of Andrew and Elizabeth (Wilk) Aroian. He is survived by his very beloved daughter, Kate Aroian and her significant other, Trevis Singh of Charlton; also his brothers, Mick Aroian and his wife, Leslie, of  Spencer and Bob Aroian and his wife, Gayle, of Barre; his friend and former wife, Beth (Claflin) Hearn and her husband, Bill, of Marstons Mills as well as 8 nieces and nephews.

Jack will be remembered as a loving father and for his great and quirky sense of humor and feisty attitude, his intense loyalty, and the bond he made with his friends. Those who knew him well, will also remember that he always won at Pitch and was there putting in the last jigsaw puzzle piece. After retiring from his midlife career as a house painter, Jack worked in the deli at Colella’s Market until its closing.

Jack had a lifelong interest in aircraft, was a superb model builder since his childhood in Cherry Valley. He gained his pilot’s license in Marlboro, MA at Don’s Flying Service, attended numerous airshows, including several trips to Oshkosh, Wisconsin, and knew the details of every WWII plane. He graduated from Leicester High School at age 17 in 1962 and immediately joined the United States Navy. There he had his dream job as a photographer on the landing deck of the USS Enterprise until 1966. He was fortunate and thrilled to cruise the world, visit and photograph many beautiful and historic sites in Australia, South America and the Mediterranean.

After serving in the Navy, Jack returned to MA and attended Worcester State College graduating with a BS in Biology in 1971. While there he met fellow musicians and formed a band that performed locally in Middlesex and Worcester Counties. He played bass in the band ACO5 which performed 6 nights a week at the former Turtle Lounge in Hopkinton in the 70’s and early 80’s. He left a position as a research biologist in 1975, when his daughter Kathryn (Kate) Aroian was born, to stay at home as a house husband. During that time, he became an accomplished cook delighting friends and family with Chinese, Middle Eastern, Polish and other incredible dishes. Throughout his life he was an avid photographer, aircraft enthusiast, stamp collector and gardener, something he had done with his maternal grandparents as a child. It was no surprise that his diversified interests in history, geography, plants, cooking, photography, music and life, made him a wiz at Jeopardy.

At this time, plans for a memorial service are suspended until a later date. Arrangements are under the care of the  Chesmore Funeral Home in Hopkinton.