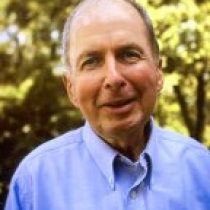 A lifelong Holliston resident, John was a 1951 graduate of St. Michael’s College in Winooski, VT. He served honorably in the U.S. Army for two years after college, including active duty in the Korean War. After military service John was employed as a stockbroker in Boston, retiring in 1999 as a Vice President with Morgan Stanley. He married Patricia H. Gillon of Hopedale in 1964 and moved to their home in Holliston where they remained for 50 years of marriage.

John was known for his gentle and quiet manner, his patient demeanor, and his kindness. He loved nature and the outdoors, gardening, good books, and walks in the woods with his dogs. Most of all, John treasured his family and time with his ten grandchildren, who became the center of his life.

Visitation will be held on Friday, June 27th from 4-8 p.m. at the Chesmore Funeral Home, 854 Washington St, Holliston. A funeral mass will be celebrated at 9:00 a.m. on Saturday at St. Mary’s Church of Holliston, followed by burial in St. Mary’s Cemetery.