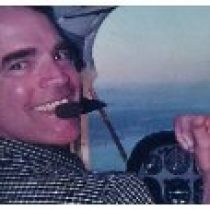 John Joseph Amico, passed away unexpectedly at his home on Mercer Island, November 20th, 2015. He was 70 years old. He was the son of the late Gaetano (Tony) and Anne Amico of Holliston, MA and was preceded in death by his brother Peter Amico who passed from a childhood illness.

After graduation from Marian High School dad enlisted in the Navy serving as an electronics and radar technician in numerous places. His most notable tour was on the remote Island of Kiska in the Aleutians as part of a LORAC support team during the height of the Cold War and Vietnam. After his discharge, he was hired by Honeywell in Boston and was later transferred to Seattle in 1975. He taught night courses in electronics at Renton Vocational during the 1980’s and later transitioned from Honeywell to the distribution industry as an IT specialist?He worked his entire life.

John is survived by his brother, Guy of Salem, OR; sister, Mary Anne of Cary, NC; sons, Sean (wife Diana), Dennis (wife Aileen), Stephen, Christopher, and Micheal; two precious daughters, Traci and Maria; and his three grandchildren, Mekenzie, Seth, and Peter. He is also leaves behind 8 nieces and nephews and 6 great-nieces and nephews.

John was a father, a coach, an aviator, and a patriot. Throughout his short time with us, he took us camping, hosted exchange students, coached kids’ sports, skied and flew airplanes until he was 70, helped out neighbors, family and friends, volunteered his time with the church and supported the USO. Most importantly, he shared what he knew freely. He was a natural teacher. He would never allow us kids to just read a watch, he taught us how to build it.

Dad was in the process of moving to Hawaii where he planned to retire, he was so young at heart. We will all miss him dearly.

A Funeral Mass will be celebrated Monday, November 30th 11:00 a.m. at St Monica’s Catholic Church
4311 88th Ave SE, Mercer Island 98040. There will be visitation on Wednesday, December 2nd from 9-10a.m. with a service to follow at the Chesmore Funeral Home of Holliston, 854 Washington St. Burial will follow in St. Mary’s Cemetery in Holliston with military honors.www.ChesmoreFuneralHome.com