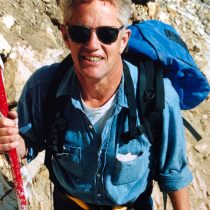 John Hill Greendale was born May 17, 1940 in Springfield, MA to the late Marjorie Richardson and Horace Greendale. He grew up in Wilbraham, a small farming community where John thrived in the freedom and independence of open space and country living. He was gifted in anything mechanical and loved cars and learned to drive at eight on the dirt road that ran alongside his home. By 11, he could dismantle and rebuild a car engine, often using his mother’s kitchen to clean parts. These escapades became family lore.

After graduating from Springfield Technical High School, he attended UMass Amherst where his mental acuity for anything mechanical enabled him and his best friends George Newton and Jack Kelly to engage in antics and pranks that enhanced the lore and built lifelong friendships. John was able to excel in his engineering and science classes without much study, but not so much Modern Art.

With his Mechanical Engineering Bachelor’s Degree in hand, he applied to the Springfield Armory – the one place he wanted to work. He loved the mechanics of guns and relished helping the military. He wanted to fly planes and volunteered for the VietNam War but was declared 4F from an ankle injury.

In 1966, when the Springfield Armory was shut down, he and his wife (former Mary Mallis) and newborn son, John, Jr., relocated to Framingham briefly and then to Holliston, and John went to work at Natick Labs in the Airdrop Division. Later in 1966, John was asked to go to VietNam as an advisor to General Westmoreland, but because he could not take his family, he turned down the offer.

He served in several branches at the Labs and ultimately was promoted to Chief of the Airdrop Systems Division. His mission in life was always to improve the protection and well-being of servicemen and women. John was part of the team that redesigned the Army’s helmet and holds the patent on the suspension system. While his success brought him recognition and management responsibilities, he missed the days of engineering.

After retirement, John turned to what he had always wanted to do –carpentry – which he did for 10 years. In his spare time, he climbed the highest peaks in 49 states and was a member of the Highpointers Club, but a serious fall from a tree in a non-hiking accident prevented him from doing Mount McKinley. He would always joke about being in the “peak of physical condition” whether he was or not.

John was devoted to his sons, John, Jr. and Alan. Though he and his wife Mary divorced, they remained friends for the rest of his life.

John, Jr. and his wife Rosanna Martino live in Natick and have a son Joey and daughter Carolyn. John, Jr. with the support of his wife and daughter, gave his father the gift of living with and caring for him for nearly two years, which enabled John to die where he wanted to – at home.

John and Rosie’s son Joey is a student in Mechanical Engineering at UMaine, Orono, and Grandpa always shared his “Scientific American” and “Economist” magazines with Joey, so they could talk together about the articles. Carolyn has just started at Bridgewater State this fall, and John has enjoyed his extra time with her these past two years. He always loved to joke with her, even as a little girl.

Alan started training to be a builder at his Dad’s side as a toddler, and they worked together professionally a few times over the years. Alan was always available to do whatever his Dad needed, particularly as John Sr. aged and required more help. Alan and Elizabeth Turner (now separated) have four children, Jeff Intinarelli, in Philadelphia with his wife Carmel Friedman and one year old Quinn Juliette. Alan, Jr. follows Grandpa’s passion for cars and works in Holliston building custom Land Rovers at BDR. Son Jake is an avid gamer and on a path to start designing them. Riley started at Norfolk County Agricultural High School this fall.

The family wants to acknowledge Shelly Kilkelly who provided care for John, for several hours a day, to relieve John, Jr. Thank you.

Given COVID conditions, we hope people who cannot visit in person or live far away will leave messages and memories about John for us to read on the condolence tab.

We will be holding a private graveside service this Saturday, September 26. Following the graveside, we are inviting folks to stop by at 2:00 p.m. to John’s house at 215 Highland Street, Holliston to visit outside and share memories. We must limit the numbers to 50 – and people must wear masks, please. If your last name begins with the letters A-K, please arrive between 2:00 and 3:00. If your last initial is L-Z, please arrive at 3:30 or after.

In lieu of flowers, John asked that people donate to the Holliston Pantry Shelf, 73 Charles Street, Holliston MA 01746  or to a cat shelter of your choice.