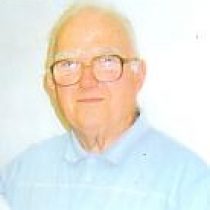 Holliston – John Gannon, 82, died December 31, 2003 at the Blaire House in Milford after
a long illness.
Born in Boston, MA he lived in the Mission Hill area until he married and moved to
Holliston in 1957.
Mr. Gannon was employed by the Boston Edison Company for 30 years, working in the
Merchandise Dept. at the Chelsea store before transferring to district sales and working in
the Boston, Somerville and Woburn areas. During those years John organized Boston
Edison company parties. He also worked at the Depot Package Store in Holliston for 25
years.
He was a W.W.II Air Force veteran who served in Guam. He was the Post Commander
at Charles F. Duford Post 47 American Legion and long term member of the Leonard D.
Chesmore VFW Post 8507.
He served the Town of Holliston as a registrar of voters for 30 years receiving the
Commonwealth of MA Recognition Award in 1993. John was a devoted member of St.
Mary’s Church, Holliston, since 1957 serving a church usher, CCD monitor and on the
parish newsletter.
His love of traveling took him to Ireland in his early years, living there for a year. In his
later years, the Beer Can Collector’s of American “can ventions” were his way of seeing
America and everyone looked forward to his “can ventions newsletters” upon his return.
He was the beloved husband of 51 years to Jeanette (Murawska) Gannon of Holliston,
loving father to John R. and Claire and her husband John Bresnahan of Holliston and
devoted grandfather to Michael and Ryann Bresnahan of Holliston. He is pre-deceased by
his dear sister Mary (Gannon) Barry of West Roxbury and survived by his brother-in-law
Henry Barry and many loving nephews and nieces.
A mass of Christian burial will be celebrated on Saturday, Jan 3 at 10:00 a.m. at St.
Mary’s Church, Washington St., Holliston. Burial will follow in St. Mary’s Cemetery,
Holliston.
Calling hours, at the Chesmore Funeral Home, 854 Washington St., Route 16, Holliston, will be Friday from 4:00 – 7:00 p.m.
Donations in Mr. Gannon’s memory may be made to the American Heart Association, 20
Speen St., Framingham, MA 01702.