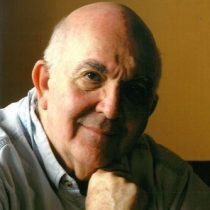 Jerome grew up in North Conway, NH and graduated from Kennett High School in Conway in 1945. He served in the United States Army with the occupation forces in Japan. He was a 1951 graduate of the University of Maine and a 1954 graduate of Yale University School of Law.

Jerry practiced law in Rochester and North Conway, NH and Portland and Augusta, ME. He was an Assistant Attorney General for the State of Maine for over 23 years. He retired from the Attorney General’s office in 1987. Jerry lived in Gardiner, Maine with his wife, Joan, before moving to Massachusetts in 2000 to be near his children and grandchildren. He was very active in community theater and was a member of several community theaters in Maine, as well as a member of the Walpole Footlighters in Massachusetts. He was a member of the Mt. Washington Masonic Lodge #87 F & A.M. North Conway.

Besides his wife, Jerry is survived by his son, Joseph Matus and his wife, Nora, of Bethesda, MD; three daughters, Susan Helmrich and her husband, Jerry, of St. Leonard, MD, Jordana Savage and her husband, William, of Ashland, MA, and Cara Littlefield and her husband, Earl, of Pembroke, MA. He also leaves behind five grandchildren, Eric Helmrich and his wife, Ashley, of Upper Marlboro, MD, Andrew Matus of Morgantown, WV, Gabrielle Matus of Bethesda, MD, Benjamin Savage of Ashland, MA, and Charlotte Littlefield of Pembroke, MA; and his great-grandson, Theodore Helmrich of Upper Marlboro, MD. He is predeceased by his brother, Dr. Richard Matus of St. Paul, MN.

Private burial will be held at the Massachusetts National Cemetery in Bourne. In lieu of flowers, donations may be made to The Gardiner Public Library, Gardiner, ME. Arrangements are under the care of the Chesmore Funeral Home of Holliston, www.ChesmoreFuneralHome.com