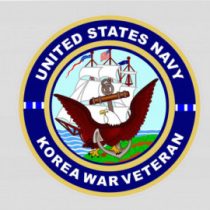 James L. Farrell, 87, of Holliston, Massachusetts died Monday, June 12, 2017 at Genesis Nursing Home in Milford, after a long illness. James was born on September 5, 1929 in Elizabeth, New Jersey, son of Walter F. and Loretta (Enright) Farrell. He is survived by his loving wife, Margaret P. Farrell (Ganem) of Holliston, and his son and daughter-in-law, Dr. Walter and Tara Farrell of Lawrence, Kansas; his son Geoffrey Farrell of Boston; and his son and daughter-in-law William and Jennifer Farrell of Orono, Maine.  He is also survived by his grandchildren, Liam, Aila, Siobhan, Seamus, and Killian Farrell.  He was preceded in death by his parents, Walter and Loretta, and his brother, Walter E. Farrell.

A graduate of the Pingry School in New Jersey, Class of 1947, and of Tufts College, Class of 1951, James served in the U.S. Navy during the Korean war. He subsequently attended the Columbia School of Broadcasting in New York City, embarking on a career in radio, which culminated in his decade as a beloved announcer on classical radio WCRB in the Boston area. During this time, he simultaneously attended law school, earning his Doctor of Jurisprudence from New England School of Law in 1965.   His career included work with the City of Cambridge, Massachusetts as General and Assistant City Manager.  He was admitted to practice law before the U.S. Supreme Court in 1976.  After departing city government, he went into private practice of the law in Cambridge until his retirement in the 1990s. An avid musician and lifelong member of the Musician’s Union of New Jersey, James loved playing piano, vibraphone, and drums. He passed along his love of playing and listening to music to his sons and his grandchildren.

Visitation will be held on Friday, June 16th from 4-7 PM at the Chesmore Funeral Home of Holliston, 854 Washington St. www.ChesmoreFuneralHome.com A Funeral Mass will be held on Saturday, June 17th at 9 AM at St. Mary’s Catholic Church in Holliston. An interment at Mt. Benedict Cemetery in West Roxbury, Massachusetts, will follow. The family would especially like to thank the staff and residents of Genesis Nursing Home for their caring, friendship, and help.  In lieu of flowers, donations may be made to the National Alzheimer’s Association, alz.org.