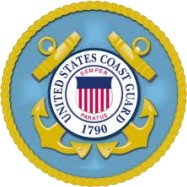 James Henry Downey, 86, of Holliston, passed away Saturday, December 7, 2013. Born in Boston, he was the son of the late Mary (O’Hara) and William Downey. He was the husband of 60 years to Mary “Camille” (Sloan) Downey of Holliston.

A Veteran of WWII and Korea, James was in the Navy from 1944-1946, Marines from 1947-1950 and the Coastguard from 1950-1953. He had served on the USS Stewart in the English Channel patrolling for U-Boats and had been injured in the North Atlantic Operations. James was also a member of the Teamsters.

Besides his wife Camille, he is survived by a son, Scott James Downey and his wife Allena of Holliston and a grandchild, Nathan. He also leaves many nieces and nephews. He is predeceased by several brothers and sisters.

Visitation will be held on Tuesday, December 10th from 4-8p.m. at the Chesmore Funeral Home of Holliston, 854 Washington St. www.ChesmoreFuneralHome.com A funeral mass will be celebrated at 10:30a.m. on Wednesday, December 11th at St. Mary’s Church of Holliston. Burial will follow in the parish cemetery.