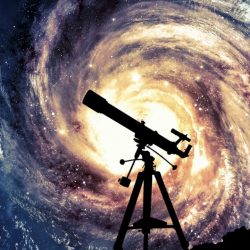 James C. Carlson, 72, of Hyannis and formerly of Harwich, passed away after a brief illness at Cape Cod Hospital on Friday, February 26, 2021. Born in Hartford, Connecticut, he was the son of the late Barbara (Cahoon) and Paul E. Carlson.

James was a 1967 graduate of Williston Academy in Easthampton, MA and attended American University in Washington, D.C.

Known by his friends as “Jim” he was an avid amateur astronomer. He was the past Director of the Cape Cod Astronomical Society and helped to build and establish the Werner Schmidt Observatory at Dennis-Yarmouth Regional High School in South Yarmouth, MA. His involvement included hosting star parties at various locations across the Cape and conducting classroom outreach in Cape school systems. Jim was an observer for The American Association of Variable Star Observers (AAVSO) and regularly contributed data and technical information to that organization. He was recognized by AAVSO at their 1999 and 2011 Annual Meetings for his significant work in recording sunspot activity.

James is survived by his siblings, Joel Carlson of Holliston and Janet Newton and her husband, John of Carlsbad, CA. He also leaves behind many nieces and nephews. He is predeceased by his twin brother, Jon Carlson.

Private family arrangements are being held and are under the care of the Chesmore Funeral Home of Holliston.