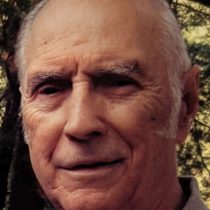 Huldege “Ed” Degre, 92, of Hopkinton, passed away on Wednesday, January 4, 2023. Born in Woonsocket, RI, he was the son of the late Exilena (Gagne) and Aldo Degre. He was the beloved husband of 67 years to Jeanne A. (Lussier) Degre of Hopkinton.

Ed proudly served in the United States Army during the Korean War. He had a long career as a crib tool attendant at Rolls Royce Naval Marine in Walpole. He enjoyed bowling, golfing, playing cards, and puzzles, as well as watching sports and westerns. Ed was a quiet man with a dry sense of humor and will be missed by many.

Besides his wife, Ed is survived by two children, Paulette Hebert and her husband, Wayne of FL, and Daniel Degre and his wife, Lori of NC. He also leaves behind 4 grandchildren, 5 great-grandchildren, and many nieces and nephews. He is predeceased by his siblings, Lionel and Robert Degre and Noella Joly.

Funeral services will be held privately and are under the care of the Chesmore Funeral Home of Hopkinton. In lieu of flowers, donations may be made to the United States Department of Veterans Affairs, https://www.va.gov/ogc/giftstova.asp