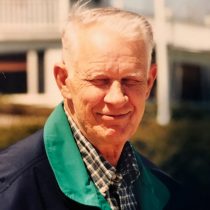 Private Funeral Services are being held with family

Hubert William Dougherty, 85, passed away at his residence in Hollis, NH, on Tuesday, October 23, 2018. He was the son of the late James P. and Helen (McCarthy) Dougherty of Rhode Island. Other places of long time residence include Holliston, MA and Barnstable Village, Cape Cod. Morning strolls on the beach in Barnstable and enjoying a cup of coffee were a favorite start to Hugh’s day.

Hugh was a graduate of St. Anselm’s College in Manchester, NH where he was a member of the basketball team.  It was here that he met his beloved wife of 64 years, Madeleine (Messier). Upon graduation, Hugh was commissioned a 2nd Lieutenant in the US Marine Corps. The couple was stationed at MCAS, Cherry Point, NC, where Hugh attained the rank of Captain. Later, he would take great pride in marching in uniform in parades in Rhode Island. Hugh and Madeleine enjoyed dancing at the Officer’s Club, and made many friends with his easy going, friendly style and sense of humor. He retained his passion for sports, and admired Tom Brady’s ageless achievements in playing Super Bowl after Super Bowl. Hugh worked in the grocery industry for 40 years, ultimately retiring from the Sunshine Biscuit Company as their North East Marketing Manager.

Burial will be private and arrangements are under the care of the Chesmore Funeral Home in Holliston, www.ChesmoreFuneralHome.com. In lieu of flowers, donations may be made to Dana Farber Cancer Institute,  P.O. Box 849168, Boston, MA 02284 or cancer.org