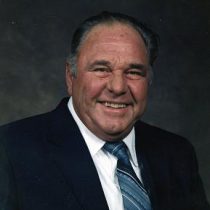 Hopkinton-
Howard C. Larter, 85,of Woodville, died Monday, July 13, 2009 at the Blaire House in Milford. Born in the Woodville, he was the son of the late Herman and Cora (Kimball) Larter. He was the husband of Jessie (Simpson) Larter for 62 years.

A lifelong resident of the Woodville section of Hopkinton, he graduated from Hopkinton High School in 1941and served in WWII in the 28th Infantry Division as a P.F.C. in France, Belgium, and Germany. He received the Purple Heart, Bronze Star and the Combat Infantrymans Badge. He was a member of the Woodville Baptist Church , The American Legion and the Woodville Rod and Gun Club. After being discharged from the Army, he worked for his father in the trucking and construction business. In 1950, he took over the business and operated it until he retired in 1985.

Visitation will take place on Friday, July 17, 2009 from 5-8p.m. at the Chesmore Funeral Home of Hopkinton, 57 Hayden Rowe St. www.ChesmoreFuneralHome.com A funeral service will be held on Saturday at 10:00a.m. at the Woodville Baptist Church in Hopkinton. Burial will follow in Evergreen Cemetery. In lieu of flowers, donations may be made to the Woodville Baptist Church, 249 Wood St. Woodville, MA. 01784.