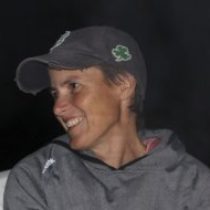 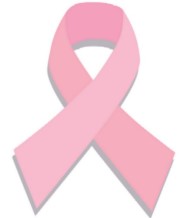 Live. Love. Laugh. She taught us how to do all this and more.

Holly Elizabeth DiNicola, 48, died on Thursday February 12, 2015 with family by her side after a courageous seven year battle with breast cancer. Holly’s sunny outlook on life and the way she approached her sickness and death is a testament to the person loved by so many.

Holly was born on February 8, 1967 to Forrest and Allene Corcoran. She was raised in Bedford, MA with her sister Heather, and graduated from Bedford High School. While there Holly was a competitive athlete, a member of the diving team, and developed many friendships that lasted throughout her life.

Holly attended and graduated from the University of Massachusetts – Amherst in 1989. She was a member of the sorority Alpha Chi Omega, where she continued to build even more lifelong friendships. Holly was known to light up a room through her sparkling personality spreading joy and energy to all those she knew.

On November 12, 1994, Holly married her best friend and soul mate, Roy DiNicola in Manchester-by-the-Sea. They settled in Hopkinton, MA where she was an active member of her community and close-knit neighborhood. Holly’s greatest joy was being a mother to her three children: Ryan (17), Casey (15) and Owen (12). Diagnosed in April 2008 with breast cancer, Holly lived each day to the fullest, prioritizing family and friends, and giving selflessly to others.

A life-long Red Sox Fan, Holly was a season ticket holder and passionate supporter. She developed certain traditions over her years at Fenway Park, which friends believed led the Sox to numerous victories and championships. These traditions included eating a Cuban sandwich prior to games, and discovering “triple” peanuts (three peanuts in one shell) during the game.

Holly also loved outdoor activities: walking her dogs, skiing, yard work, and spending time in New Hampshire at their second home on Ossipee Lake. She tirelessly participated in water activities with her boys and their friends.

Family and friends will honor and remember Holly’s life by gathering for Calling Hours, Wednesday February 18th from 3:00PM-7:00PM and a Celebration of Life followed by Reception, Thursday February 19th at 11:00 AM. All services will be held at the Faith Community Church -146 East Main Street, Hopkinton, MA 01748. Arrangements are under the care of the Chesmore Funeral Home of Hopkinton, www.ChesmoreFuneralHome.com.

In lieu of flowers, Holly’s family is requesting that her memory be honored with contributions to Holly’s favorite charity, Project Just Because, 86 South St, Hopkinton, MA 01748 or www.projectjustbecause.org)