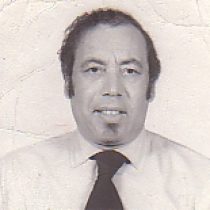 An Army Veteran of WW II he was in the 502 Port Battalion, Company C. and had participated in the Omaha Beach Invasion. He had also worked 33 years for MIT Lincoln Labs as a Technical Artist. He was a member of the Clique Club, A Jazz enthusiast, and had been a summer resident of Martha’s Vineyard for many years.

Visitation hours will be held on Sunday August 11, 2002 from 5 to 8 PM at the Chesmore Funeral Home, 854 Washington St., (Rt. 16) Holliston, MA. A Funeral Mass will be on Monday at 11:00 AM in Our lady of Lourdes Church, 46 Brookside Ave. Jamaica Plain. Burial will be at the convience of the family.