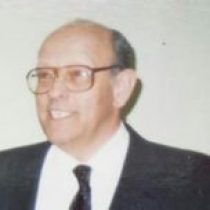 Harold Cool, 81, went to be with his Lord and Savior on July 4, 2015. He was a former resident of Hopkinton, MA and a current resident of Sun City West, AZ and was raised in Dolgeville, NY.

Harold worked at Ken’s Foods in Framingham, MA from 1973-1985 in research and development. He received many distinguished awards over his career there and later at Martin Gillette in City of Industry, CA. He worked directly with Paul Newman developing his line of salad dressings.

Harold was a strong man of God and ministered as God led him over his lifetime. He and his wife Marion held a weekly Bible Club for young children in their Hopkinton, MA home for 12 years. Even in his last days, he was comforted by God’s Word and his love for his Lord was very evident.

His wife Marion went to be with the Lord in 2013. Harold cared for her for over 12 years while she endured Alzheimer ‘s disease. His two sons, Brian David Cool and Steven Arthur Cool also preceded him in their journey to Heaven. His love for his wife and children and his sacrifices for them are his lasting legacy.

Harold’s arrangements are being handled by Chesmore Funeral Home of Hopkinton, MA and he will be buried in Evergreen Cemetery in Woodville, MA alongside his wife Marion and son Brian.

In his memory, and to honor him, Lynne and Mark Dooley have set up “Harold’s House” in Meridian, Idaho which will be a 600 square foot apartment available at no cost to people in need.

Harold’s favorite Bible verse was: Isaiah 26:3 “Thou will keep him in perfect peace those whose mind is stayed on thee, because he trusteth in thee.”