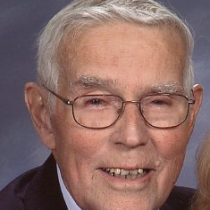 Holliston-
Gordon D. Henderson, 81, of Holliston, passed away Friday, May 27, 2011.
Born in Framingham, he was the son of the late Luke and Edith A. (Dawson) Henderson. He was the husband of Nancy (Buck) Henderson of Holliston.

An Army Veteran, Gordon worked in H.V.A.C at Patten’s in Hopkinton. He was a Little League Coach, a Scout leader, enjoyed square dancing and was an avid Boston Sport’s fan.

Besides his wife Nancy of 57 years, “Pooch” as he ws affectionately known by his family, is survived by his children, Becky Henderson Brooks and her husband Michael of Nashua, NH., and David Henderson and his wife Dolores of Wethersfield, CT. He
also leaves behind 2 grandchildren, Joseph David Henderson and Carolyn Ann Henderson. He is predeceased by his siblings, Robert, Donald, Dorothy and Barbara.

Visitation will be held on Tuesday, May 31, 2011 from 4-7p.m. at the Chesmore Funeral Home of Holliston, 854 Washington St. www.ChesmoreFuneralHome.com A memorial service will take place on Wednesday, June 1st at 10:00a.m. at the First Congregational Church of Holliston. Private burial will take place at Lake Grove Cemetery at a later date. In lieu of flowers, donations may be made to the American Arthritis Foundation.