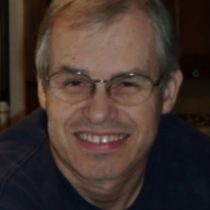 For the past 15 years, he and his wife have lived together in Ware.  Glenn retired from being a field engineer in the industry of on site printer repair.  However, his greatest passion was when he was the proprietor of his custom car audio business. Always a “car guy” and very mechanically inclined, Glenn so enjoyed the time spent on his custom jobs throughout the years.  If he was not fixing something, he could be found running. He was an avid marathoner and enjoyed many races during his athletic career.  His family and friends also enjoyed his many stories from Woodstock.  Glenn proudly served his country in the US Army during the Vietnam era and was well versed in politics and what was going on in the world.

Glenn will be dearly missed by his wife of 15 years, Kathleen (Connor) along with his three brothers, Steven Lewis, Scott Lewis and Greg Lewis.  He also leaves many nieces, nephews, as well as Kathleen’s two children, Oldden Connor and Amie Fox.

A private graveside will be held at Lake Grove Cemetery. Beers & Story Palmer Funeral Home has been entrusted with the arrangements.  Please consider donations in his memory to ASPCA.