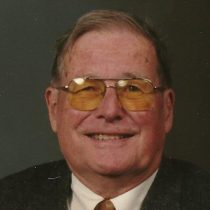 Frederick Dix Roe, 88, a Holliston resident since 1946, died Thursday, November 12, 2009 at the Timothy Daniels House in Holliston. Born in Maryland , he was the husband of the late Barbara (Warfield) Roe who passed in 2000.

An Army WW II veteran and a recipient of a Purple Heart he saw action in Europe .

He is survived by his sons, Frederick W. Roe & wife Susan of Poughkeepsie, NY and Donald W. Roe and wife Linda of St. Louis, MO. He also leaves behind a sister, Genevieve Flickinger of Buffalo , NY ; 5 grandchildren, Christopher, Jennifer, Eric, Elizabeth
and Cameron, and 4 great-grandchildren, Brittney, Jake, Jenna and Hanna.

Fred attended Phillips Exeter Academy and MIT. His life long passion was the history of old cars and in pursuit of this was a founding member of the Rolls Royce Owner’s club with membership in the Classic Car Club, The Society of Automotive Historians and a past Director of the Larz Anderson Museum . He wrote the award winning book, “Dusenberg: Pursuit of Perfection”.

He was an avid fan of Jazz music played locally. Before retiring he worked for Sears Roebuck and then State Lumber.