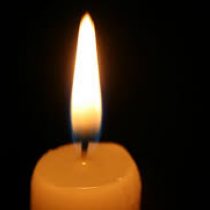 Francis “Andy” Anderson, 88, of Framingham and Oak Bluffs, MA, passed away July 7, 2016. Born in Boston, raised in Waltham, he was the son of the late Annie and Francis Joseph Anderson. He was the husband of the late Elaine (McNeil) Anderson.

Francis was an Army Veteran of the Korean war. He was a Framingham resident since 1953 and enjoyed his summer residence in Oak Bluffs for more than 40 years. He was a former employee of Suburban Welders of Ashland. Fran learned to skate at the Boston Garden, where his father worked. He played hockey and baseball for Northeastern University. He was a Patriot’s season ticket holder for decades and was an avid Boston Sports fan. Francis especially loved being a grandfather.

He is survived by his two children, Kristen Walters and her husband Matthew of Hopkinton, and Kurt Anderson and his wife Krystal of Denton, TX. He also leaves behind 6 grandchildren, Michael, Jack, Katie, Kyle, James, and Andrew.

Visitation will be held on Thursday, July 21st from 4-7p.m. at the Chesmore Funeral Home of Holliston, 854 Washington St. www.ChesmoreFuneralHome.com A funeral service will be held on Friday, July 22nd at 11:00a.m. at St. Michael’s Church, 1162 Highland St. Holliston. Burial will follow in the church memorial garden. In lieu of flowers, donations may be made to Alzheimer’s Assoc. alz.org