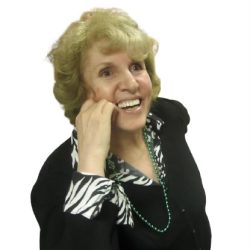 France-Anne Tardino, 80, of Hopkinton, Massachusetts, passed away unexpectedly at her home on Thursday, December 30, 2021. Born on August 21, 1941, in Queens, New York, she was the daughter of the late Clara (Ziliotto) and Victor Tardino, Sr.

France-Anne spent her early years in Richmond Hill, Queens, then Manhasset, NY graduating in 1959 from St. Mary’s High School, and was a graduate of Hofstra University, Hempstead, NY in 1963. France-Anne worked for a CPA firm in Manhattan for a couple of years. During her years living in Manhasset, she was an avid tennis player, often trading favors with her brother in return for play time. She enthusiastically introduced horseback riding to her brother, Victor, and sister, Robin, riding at a nearby stable. France-Anne always enjoyed sailing on Manhasset Bay with friends and family, and while living in Manhasset occasionally took art classes with her Mom. When she married Lee Staebler in February 1965, France-Anne moved to Framingham, Massachusetts, where she raised her family and was a great neighbor and friend to many. She continued to work in the accounting field full and part time for many years. France-Anne retired to upstate New York in 2004 to be near her parents and sister. When daughter Vicki relocated back to Massachusetts a number of years ago, France-Anne followed in February 2020; she lived there for the remainder of her life. While sticking close to home during her last years she enjoyed reading, movies, and especially the antics of a friend’s two darling Pomeranians. France-Anne was kind-hearted and had a quick smile for everyone.

France-Anne is predeceased not only by her parents, but by other aunts and uncles as well as ex-husband Lee B. Staebler.

In lieu of flowers, donations may be made to France-Anne’s favorite charity-Saint Jude Children’s Research Foundation, stjude.org- or to the Greater Boston Food Bank, gbfb.org. Private arrangements are being made under the care of the Chesmore Funeral Home of Hopkinton.