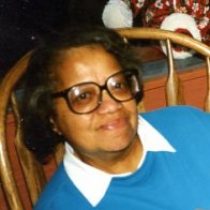 Holliston-
Florence ‘Flo’ Corrine Franklin , 86, passed away peacefully in her sleep on Tuesday, October 2, 2012 after a long illness. Born in Boston, she was the daughter of the late Rubena (Vann) and Robert Harris.

A longtime Holliston resident, Flo was a dedicated former employee of General Electric and Digital Computer retiring in 1989. Her interests included reading, music, classic movies, sewing, world news, and baking.She was a devoted mother and grandmother, and helped out her daughters by babysitting each of her grandchildren at some stage of their lives.

She is survived by her daughters, Elisa franklin and her son Craig Miller of Holliston, Karla Bergstrum and her daughters Sherry and Nicole; her siblings, Frank Harris of Brooklyn,NY, and Rubena Cromwell of Holliston. She also leaves behind a great-granddaughter, several nieces and nephews, and her former husband Thomas Franklin of Littleton. She is predeceased by her siblings, Robert Harris Jr., Aubrey Harris, and Bernice Bull.

Visitation will be held on Tuesday, October 9, 2012 from 4:30 – 5:30pm at the Chesmore Funeral Home of Holliston, 854 Washington St. (Rt.16.) A service will follow in the funeral home at 6:00p.m. Burial will be private. Donations in her memory may be made to; Veterans Assoc., American Diabetes Foundation, or charity of donor’s choice.