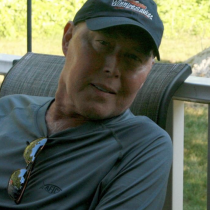 Edward Angus McDonald, 69, of Upton and a former longtime Holliston resident, passed away at Brigham and Women’s Hospital on Thursday, April 18, 2019, after a long and arduous battle with leukemia. Born in Newton, he was the son of the late Dorothy (Sharkey) and Edward A. McDonald. He was the husband of 45 years to Stephanie (Noble) McDonald, his high school sweetheart.

Ned was a devoted husband, father, grandfather, brother and friend. He worked as an electrical engineer for the MBTA for 31 years. After a brief retirement he spent another 10 years at Parsons Brinckerhoff. Ned was a skilled craftsman, having spent years restoring antique wooden Chris Craft boats. He was also a lifetime Corvette enthusiast, taking particular pride in meticulously maintaining his ’66 coupe. On any given day he could be found in his workshop, garage or yard taking pleasure in tinkering and creating works of art. He was always known as the person to reach out to for help or advice no matter the size of the project. His greatest joy was spending time with his family, as nothing was more important to him. He especially loved watching his grandchildren’s activities and spending time at his vacation home on Lake Winnipesaukee.

Visitation will be held on Wednesday, April 24th 4:00-8:00 p.m. at Chesmore Funeral Home of Holliston, 854 Washington St. www.ChesmoreFuneralHome.com. An intimate funeral service will be held on Thursday with family and close friends followed by burial at St. Joseph’s Cemetery in West Roxbury. In lieu of flowers, donations may be made to Leukemia and Lymphoma Society, PO Box 98018 Washington, DC, 20090 or lls.org, or to Jimmy Fund at Dana Farber Cancer Institute, P.O. Box 849168, Boston, MA 02284 or jimmyfund.org or become a donor for the National Marrow Donor Program ® (NMDP) at bethematch.org