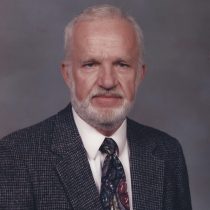 Dick grew up in the farming community around Amherst, WI. He graduated from Amherst High School in 1945 and then served in the Army/Air Force from 1945-1947. He received his BSEE from the University of Wisconsin in Madison and MSEE from Brooklyn Polytechnic School, NY.

Dick enjoyed a full and happy marriage to Elizabeth (Jenks) from 1951 until her passing in 1980. Dick was predeceased by his daughter, Kristine Schwartz Pauplis in 2012. He is survived by his remaining children: Donald and his wife, Jeanne Schwartz of Holliston, MA: Nancy Schwartz of Framingham, MA: Karl and Carol (Estes) Schwartz of Bedford, MA. He also leaves behind his grandchildren: Gretchen, Erik, Mark, Nicholas, and Jay Oliver Schwartz; a brother, Bud Schwartz, CO and sister, Helen, WI: former wife, Mary Howe Schwartz and step-daughters, Navissa Kaiser, AZ, and Miriam Khan, WA.

Dick was employed by Hazeltine Corporation in Long Island, NYC as an electronics design engineer until 1958. He spent 2 years in Ft. Wayne, IN with ITT Farnsworth and then over 30 years with Raytheon Corporation as a radar design engineer culminating in the position of Technical Director of the AEGIS Missile Systems program.

A graveside service will be held on Thursday, April 7th at 11:00 a.m. at the Edgell Grove Cemetery in Framingham. A memorial service will be held in conjunction with Sunday services at 10:00 a.m. on April 24th at Emanuel Lutheran Church, 1200 John Fitch Highway, Fitchburg with coffee gathering immediately following the service. In lieu of flowers, memorial donations in his name may be sent to Emanuel Lutheran Church or to the American Cancer Society. Arrangements are under the care of the Chesmore Funeral Home of Holliston.